The accident at Fukushima Daiichi power plant, which was the dramatic result of an unprecedented natural disaster, recalled that to continue to play its role in the future energy mix, nuclear energy must grow within the framework of higher safety standards.

The joint analysis must enable all lessons from this accident to be learnt, which showed the importance of international cooperation and coordination. At the European level, the use of stress tests at nuclear plants led to recommendations which are now implemented in each State, as part of a national action plan. France has carried out complementary safety assessments (CSAs) on all its nuclear power plants, as well as its fuel cycle facilities and research facilities.

France fully supports the action plan on nuclear safety, which was adopted in 2011 and is committed to several themes, in particular :

promoting peer reviews (IRRS, OSART). Conducting systematic and regular peer reviews allows certitudes and practices to be compared with the experience from other countries. It would thus seem essential that all Member States observe the commitments they made under the IAEA action plan on nuclear safety by requesting, through multi-year programming, the regular holding of IRRS (Integrated Regulatory Review Service) and OSART ("Operational Safety Review Team") missions, and that they publish the results. The latest missions concluded that France had significantly bolstered the framework for its control of nuclear safety and radiation protection. In 2018, France received an ARTEMIS mission, which evaluated France’s system for the management of radioactive waste with regard to IAEA safety guides and technical recommendations and best practices implemented internationally.

strengthening the preparation and response to emergency situations. Improving safety also means preparing for the eventuality of an accident. Training of response personnel and decision-makers is carried out on a regular basis through local, national or international exercises based on a technical failure in a nuclear power plant that could lead to nuclear releases. When facing a disaster disaster whose radiological impact could reach several territories, the major challenge is to ensure consistency in the implementation of actions to protect populations on both sides of borders. Moreover, a request for external assistance may be necessary, and must therefore be provided for as part of the preparation, whether in bilateral, regional or international frameworks. France calls for better coordination of the actions to be taken in the event of an accident, by inviting all Member States to cooperate more actively with the IAEA, and in particular to join RANET (nuclear global assistance network) and to register their national assistance capabilities.

On May 12th 2015, in the framework of the 9th Review Conference of the Treaty on the Non-Proliferation of Nuclear Weapons, France organized a side-event on "Emergency Preparedness and Response to Nuclear and Radiological Accidents".

It is within this framework that in August 2013 France and the United States signed a joint statement on civil liability for nuclear damage 5. 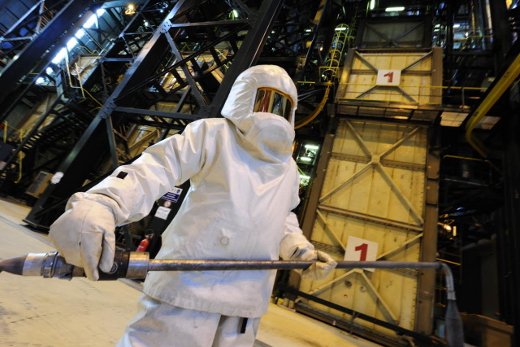 3 Convention on the Early Notification of a Nuclear Accident (PDF 178.5 ko)

4 Convention on Assistance in the case of a Nuclear Accident or Radiological Emergency (PDF 276.8 ko)