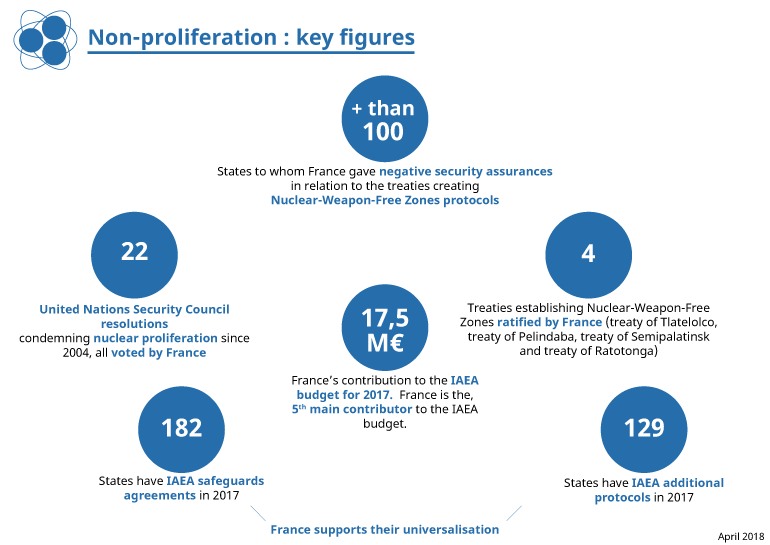 Action that benefits everyone

As the United Nations Security Council established in 1992 and underscored again on 24 September 2009during a meeting at Heads of State level, the proliferation of nuclear, but also chemical and biological weapons and their delivery systems is a threat to international peace and security ; it is likewise a threat for the regions concerned. We must therefore determinedly counter it.

It is also particularly important for the international community, since more and more countries are considering using nuclear energy to meet their rapidly growing energy needs, to demonstrate their ability to strongly address these challenges unwaveringly. Any failure of a State to fulfil its obligations weakens mutual trust and harms the development of international cooperation in the area of peaceful uses of nuclear energy to the detriment of the great majority of States complying with their obligations in good faith. Nuclear proliferation is also likely to slow disarmament efforts, especially when it comes to nuclear disarmament. Countering proliferation is indispensable for everyone’s security.

A priority of France’s action

Combating the proliferation of weapons of mass destruction and their means of delivery is a priority of France’s policy, both domestically and internationally. It is focused on three main lines of action : providing a firm response to proliferation crises ; strengthening the international nuclear non-proliferation regime ; and stepping up concrete efforts to prevent and curb proliferation.

French initiatives, while always respecting the role of the United Nations Security Council in the maintenance of international peace and security, include the following :

Many efforts have already been undertaken. Internationally, work on standards, to which France has contributed actively, has begun : universalization and better implementation of multilateral instruments (NPT 1, Chemical Weapons Convention 2, Biological Weapons Convention 3, The Hague Code of Conduct against the Proliferation of Ballistic Missiles 4, definition of a European Union Strategy against the Proliferation of Weapons of Mass Destruction and their Delivery Systems 5). These legal developments have been accompanied by concrete action : reinforcing the inspection and verification means of the International Atomic Energy Agency (IAEA) through the Additional Protocol to the Comprehensive Safeguards Agreements, implementation of the G8 Global Partnership against the Spread of Weapons and Materials of Mass Destruction, and interdiction of shipments containing proliferation-related cargo within the framework of the Proliferation Security Initiative (PSI), and implementing action plans to prevent terrorism.

Nationally, France has strengthened its legal system, with the adoption on 14 March 2011 of an Act on combating weapons of mass destruction and their means of delivery, introducing new offences and more severe sentences. An interministerial directive was also adopted in mid-2009 that strengthened the government’s action in this area, improving interministerial coordination and getting all relevant administrations and departments involved.

Such determined action to fight proliferation should be continued to help strengthen the international non-proliferation regime and our collective security. That is what France, along with its European partners, will be doing ahead of the 2015 NPT Review Conference.

2 Convention on the Prohibition of the Development, Production, Stockpiling and Use of Chemical Weapons and on their Destruction (PDF 677.6 ko)

3 Convention on the Prohibition of the Development, Production and Stockpiling of Bacteriological (Biological) and Toxin Weapons and on their Destruction (PDF 23.5 ko)

5 New lines for action by the European Union in combating the proliferation of weapons of mass destruction and their delivery systems (2008) (PDF 159.8 ko)