French priorities for nuclear disarmament are :

The immediate beginning, at the Conference on disarmament, of negotiations on a Fissile Material production for nuclear weapons Cut-off Treaty (FMCT)

Deepening work on the verification of nuclear disarmament

The early entry into force of the CTBT

The Comprehensive nuclear Test-Ban Treaty (CTBT) was signed by France on September the 24th of 1996 and ratified on April the 6th of 1998 with the United Kingdom. It sets a qualitative limit to nuclear weapons development. Its entry into force is still subject to the signature and ratification by 44 members mentioned in the Annex 2 of the Treaty. Indeed, 5 States mentionned in this Annex have signed but not ratified the Treaty yet (China, Egypt, Iran, Israel, the United States) and 3 have not signed it (North Korea, Pakistan and India).

Even if several countries declared moratoriums prohibiting nuclear tests, and that only the Democratic Popular Republic of Korea (DPRK) proceeded to nuclear tests during the XXIst century (2006, 2009, 2013, 2016, 2017), these moratoriums are insufficient. Without the entry into force of the CTBT, the prohibition of nuclear tests can hardly be considered as international law.

France calls for the universalisation of the CTBT and the achievement of its verification regime. 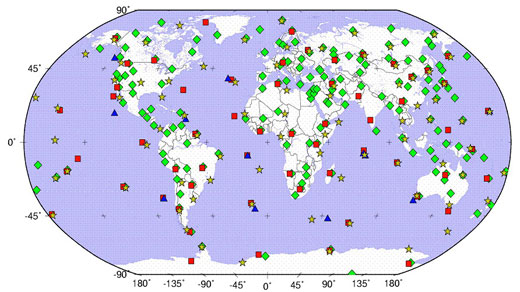 There are positive and encouraging results : so far, 184 countries have signed the treaty and 168 have ratified it. Indonesia has ratified the treaty on February the 6th of 2012. Eight States from the annex 2need to ratify the CTBT before it can enter into force. 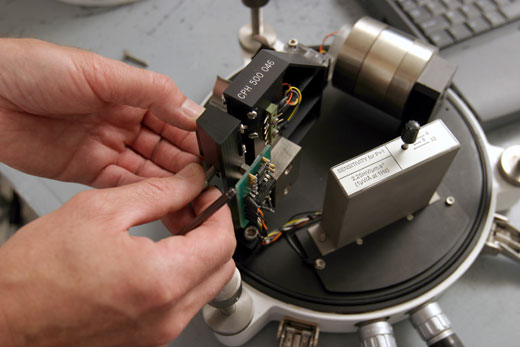 France’s contribution is 4,5% of the CTBT budget, which makes France the 6th contributor right behind the United States, China, Japan, Germany, and the United Kingdom.

At the European level, three joint actions were implemented within the Common Foreign and Security Policy (CFSP), contributing to education, strengthening the verification regime, and technical assistance to foreign countries. On February the 26th of 2018, the EU agreed to an additional contribution of €4.6 million for the CTBTO.

The negotiation at the Conference on disarmament of a FMCT

The immediate start of the negotiation of a Fissile Material production for nuclear weapons Cut-Off Treaty (FMCT) at the Conference on Disarmament is a one of France’s top priorities. Such a treaty would represent a significant step toward nuclear disarmament : by setting a ceiling for fissile material for nuclear weapons, it would make any nuclear weapons race impossible, accordingly with the objective of the NPT’s article VI. The FMCT and the CTBT make possible the dual quantitative and qualitative freezing of nuclear arsenals, which are essential for the continuation of disarmament efforts. 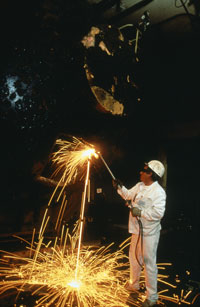 France has been actively involved since more than 15 years in favour of an FMCT negotiation. This is one of France’s main priorities, as stated by the French president in the speech of February 7th 2020. It is also one of the main actions identified in the final document of the NPT’s Review Conference of 2010.

France did not wait for the starting of negotiations to take concrete engagement. As such, France stopped its fissile material production for nuclear weapons and irreversibly and transparently dismantled its production facilities. 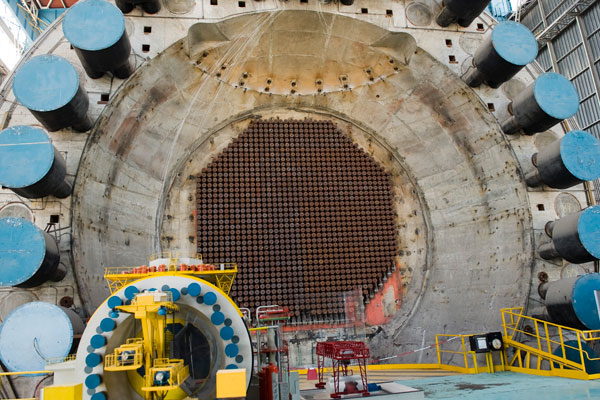 France reaffirmed the FMCT priority by participating to the Governmental Group of Experts in 2014 and 2015, and by participating in 2017 and 2018 to the High level experts Preparatory Group in charge of elaborating an FMCT project. France is committed to spare no efforts in order to start the negotiations on a FMCT at the Conference on disarmament. France will pursue its efforts to start the negociation of a FMCT at the Conference on Disarmament.

France actively participates to the work of the International partnership on nuclear disarmament verification since 2015.

This forum gathers more than twenty States in order to improve the understanding of technical issues and challenges related to disarmament verification. Through this “scientific diplomacy” channel, nuclear disarmament verification aims at strengthening mutual confidence and enables a concrete dialogue with the non-nuclear weapons States.

In this framework, France organized with Germany a field exercice (NuDiVe) in September 2019.

During the 71st UN General Assembly, France voted in favour of the resolution “Nuclear disarmament verification” that implemented a group of 25 governmental experts. France participated in this group which met in Geneva in 2018 and 2019.

It must though be reminded that verification is not a goal in itself. The improvement of the security context and the enhancement of mutual confidence between States are also necessary.

During the February 7th 2020 speech, the French president underlined the importance of transparency, and thus announced again the French nuclear arsenal : less than 300 nuclear warheads. The President invited the other nuclear States to take similar steps.

In a spirit of greater transparency, the five nuclear-weapons States decided, at the end of the NPT’s 2015 Review Conference, to perpetuate the P5 meetings. Such meetings ensure a close follow up of the actions that these States committed to implement in the 2010 Action Plan. Several meetings were organised, the last one was held in London in February 2020. They allow for useful and substantial talks on disarmament, fight against proliferation, the pacific uses of nuclear energy, transparency and reporting.

France believes that arms control agreements are a valuable contribution to strategic stability .

Thus, France supports the preservation of the New Strategic Reduction Arms Talks Treaty (New START) signed in 2010 between the USA and Russia and calls for its renewal after its expiration date in 2021.