The upcoming NPT Review Conference will be held against a backdrop of several serious nuclear proliferation crises, in Iran and North Korea. These crises arose at a time when the total number of nuclear weapons worldwide had been reduced by over 25% since the end of the Cold War, and the international community has responded firmly with the adoption of several resolutions by the IAEA Board of Governors and the United Nations Security Council. 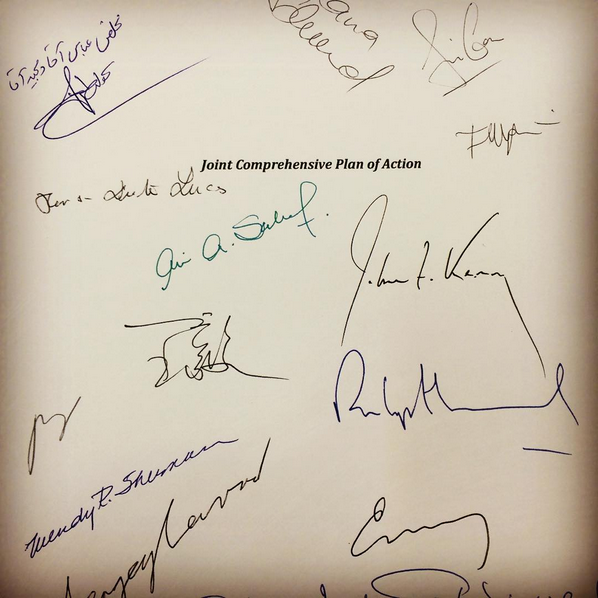 The Iranian nuclear crisis started in 2002 with the discovery of a clandestine nuclear program. Tehran developed for more than ten years sensitive nuclear activities, particularly enrichment technology and heavy water reactors, without any credible civil application and in violation of six UN Security Council resolutions.

France, with its EU and E3+3 partners (United Kingdom, Germany, United States of America, Russia and China) always pursued a clear objective : ensure that the Iranian nuclear program is dedicated only to civil purposes, using an appropriate method, combining dialogue and firmness. This double approach payed off : the reinforcement of international sanctions since 2010, combined with negotiations since 2013, allowed for the signature of the Joint Comprehensive Plan of Actions (JCPoA) on July the 14th of 2015, which strictly regulates the Iranian nuclear program.

The JCPoA is a robust non-proliferation agreement and an asset for international peace and security which should prevent Iran from developing a nuclear weapon. This agreement demonstrates that efforts in favour of non-proliferation - associated with all diplomatic, economic and counter-proliferation tools available - are effective if sustained over time.

France systematically and firmly condemned the nuclear tests and ballistic missiles launches realised by the Democratic Popular Republic of Korea (DPRK) since 2006.

France voted for and praised the adoption of the UN Security Council resolutions strengthening international sanctions against the North Korean regime. France urges the DPRK to refrain from any illegal action which could increase tensions, to comply with the UN Security Council resolutions and the NPT’s provisions, to completely, verifiably and irreversibly dismantle its ballistic missile and nuclear programs. Pyongyang must shed light on all of its present and former nuclear activities. It must grant the IAEA inspectors access to its territory, and stop transfers of sensitive nuclear and ballistic goods and technologies.

The threat the North Korean nuclear and ballistic missile programs represent is not merely regional but global. Every illegal action from North Korea must be met with a firm and resolute international response in order to preserve the norm of non-proliferation.

The international community must stay united against the North Korea proliferation crisis. The diplomatic and economic pressure is intended to force North Korea to engage in negotiations on denuclearisation. In this endeavour, France and its EU partners have taken a series of autonomous sanctions against the DPRK.

In that respect, France proposed a joint declaration condemning the North Korean military nuclear programme, signed at the last Preparatory Committee (April-May 2019), which received the support of 69 States, testifying to the international community’s mobilization on the North Korean issue.

On 10 January 2003, the DPRK unilaterally withdrew from the NPT. This announcement triggered a debate over the withdrawal provision (art X) of the NPT.

France expressed several times its interpretation of the article X. The right to withdraw is not disputed, but it cannot be exerted pre-emptively. The decision must be notified to the States parties to the NPT and to the UN Security Council at least three months before the withdrawal. Since North Korea has not respected these conditions, its withdrawal is invalid.

In the hypothesis where the conditions would be respected, the State exerting this right would be bound by its previous legal and political commitments, particularly if it violated the NPT prior to the withdrawal.

It is essential that the issue of the withdrawal is dealt with. It would not be acceptable that a State could first benefit from the article IV provisions on cooperation to acquire nuclear material, technologies and facilities before withdrawing from the Treaty and then use the technologies for military purposes.

Work over the interpretation of article X started as early as 2004, to the initiative of France and the EU. It must be continued to prevent potential misuses, as France reminded it during the 2017 PrepCom.

These crises show that it is essential to strengthen the nuclear non-proliferation regime based on the NPT in order to guarantee international peace and security. Only a prompt, unambiguous response to discourage those who wish to develop nuclear activities for non-peaceful purposes will guarantee the credibility of the non-proliferation regime and convince all countries to comply with its rules. It also provides guarantees as to the peaceful uses of nuclear energy and encourages the development of the international cooperation provided for in Article IV of the NPT. Concluding a robust agreement on the Iranian nuclear issue would, therefore, be an important step forward, constituting not only a crucial factor for stability in a region affected by numerous crises, but also a major contribution to the international non-proliferation regime, during the year of the NPT Review Conference.
Partager