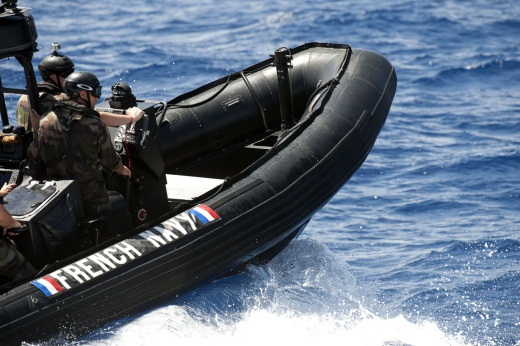 The international non-proliferation regime is essential, but it largely relies on each States’ will to implement it, to sanction the violations against it, and to stop proliferation. Thus, France :

Supports the EU initiatives and strategy to fight against proliferation

In addition to the implementation of strict exports controls, France strengthened its national legal framework to fight proliferation by enacting a legal Act on 14th March 2011 (n°2011-266). This Act clarifies the infringements spectrum (incriminates provoking, encouraging or incentivizing anyone, in any way, to perpetrate actions related to proliferating activities) and introduces legal provisions related to dual use goods in the Customs Code.

This Act also criminalizes proliferation financing, making France one of the first countries to implement such legal provisions. It prohibits the “fact of procuring a financing [participating to a proliferating logic] by providing, reuniting or managing funds, securities or any goods or who gives any advice to these ends” (article L. 1333-13-5 of the Defence Code for nuclear material, article L. 2341-2 for biological agents and articles L. 2342-3 and L. 2342-60 for chemical weapons).

France has also strengthened its legal framework through the ratification in May 2018 of the 2005 Convention for the Suppression of Unlawful Acts against the Safety of Maritime Navigation. The SUA Convention transposes into international law new offenses relevant to the fight against proliferation, in particular the transport of "explosives or radioactive materials [...], any nuclear, bacteriological or chemical weapon, [...] source or fissionable material" when these are carried out in a context contrary to the NPT. The SUA Convention strengthens the framework for boarding and inspection on the high seas of vessels suspected of transporting proliferating objects.

The support and participation to informal international initiatives

Technical and police cooperation against proliferation

The proliferation security initiative (PSI) is an informal cooperation forum which gathers 105 countries. It aims at strengthening international cooperation to intercept illicit transports of weapons of mass destruction, their delivery systems and related material. The PSI is based on regular practical trainings aiming to strengthen capacities to interdict proliferating shipments. Participation to PSI is flexible since a State need only subscribe to the 2003 Statement of interdiction principles to join the initiative. France implements PSI through the Governmental Interception Proliferation Plan (PIP), which sets out the national intervention framework to respond to the proliferation of sensitive goods and technology related to the WMD. Further information on the dedicated website page and on the PSI website

The Global Initiative to Combat Terrorism started in 2006, and sets a framework for technical cooperation between 89 participating States and 5 observing institutions (EU, IAEA, Interpol, UNODC, UNICRI) to prevent, detect and respond to nuclear terrorism. In this context, multilateral activities are implemented to strengthen different procedures, plans and public policies of the participating States. All the participating States commit to implement the declaration of principles of the GICNT, which determines a set of security goals. Further information

The G7 global partnership against WMD proliferation started in 2002. It finances and coordinates projects to secure essential materials to the WMD conception. This G7 global partnership is regulated by the Kananaskis principles of 2002 and the 2010 Muskoka Summit principles. It originally started to assist the ex-USSR countries to dismantle and destroy their non-conventional arsenals, to secure fissile material and reassign scientists dedicated to the nuclear military programs. The initiative was then extended to 31 countries and all the European Union. Its mission now is mainly contributing to the implementation of the Resolution 1540 of the UN Security Council, to combat WMD acquisition by non-governmental actors. This mission was extended during the Deauville Summit in 2011. Further information

Finally, France pursues a regular dialogue with its different partners in order to sensibilize to the issues of non-proliferation and nuclear disarmament, and therefore to encourage them to strengthen their national devices of control and fight against proliferation.

The UN Security Council resolutions related to non-proliferation notably aim at proliferation financing. More specifically, the UNSC resolution 1540 (2004) 1 requires States to “adopt and enforce appropriate effective laws which prohibit any non-State actor to manufacture, acquire, possess, develop, transport, transfer or use nuclear, chemical or biological weapons and their means of delivery, in particular for terrorist purposes, as well as attempts to engage in any of the foregoing activities, participate in them as an accomplice, assist or finance them”

Created in 1989 under the G7 stimulus, the Financial Action Task Force (FATF) is an intergovernmental organism that includes 39 members and 1 observer. It emerged as the main organism of creation and control of internationally recognized norms in the sphere of countering money laundering and terrorism financing.

Discussions at the international level started on how to develop the necessary tools to identify and prevent proliferation-related financing, drawing on the mechanisms used in counter-terrorism and money-laundering operations. 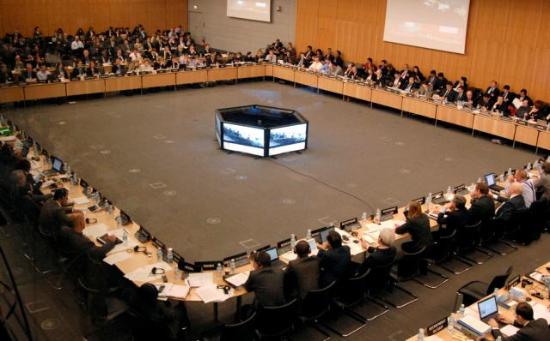 That work took place within the Financial Action Task Force (FATF). The FATF mission is to elaborate norms and to promote the implementation of legal provisions and operational devices to fight against terrorism financing and money laundering. Its mandate was extended by the Ministers in April 2008 to cover proliferation financing. The aim was to lead States to create, in their internal law, the criminalization of the proliferation financing and the legal means to freeze the assets of the persons involved.

Following the initial debates, in February 2011 the FATF focused on creating financial sanctions targeted at the persons and entities in violation of the Security Council Resolutions made on the basis of Chapter VII and aimed at CBRN proliferation. The outcome was an amendment of the "International Standards on Combating Money Laundering and the Financing of Terrorism and Proliferation - FATF Recommendations" 2 to include Recommendation 7 (October 2012) in which the States committed to :

The implementation of this Recommendation 7 was supported by the adoption by the FATF of :

It was on this basis that the FATF gradually drew up the recommendations and guidelines set out above. During the FATF’s plenary session in Paris (from 18th February to 23rd February 2018), guidelines related to fighting proliferation financing have been adopted. These guidelines recall that States must include in their national legal framework provisions incriminating proliferation financing, and introduce legal tools allowing to freeze the assets of the persons involved.

France actively supported the inclusion of proliferation in the FATF agenda in 2008. Subsequently, it was involved in drawing up an FATF report setting out recommendations for the adoption of measures as regards the fight against proliferation financing.

The guidelines include specific recommendations to the private sector’s stakeholders to increase vigilance on the risk related to proliferation financing (recalling the UNSC resolutions’ provisions ; typologies of attempts to bypass sanctions etc). The guidelines also recommend the implementation of national coordination mechanisms and procedures of control to counter proliferation financing.

France’s action with and within the European Union

The EU’s strategy against WMD proliferation was endorsed by the Council in 2003, updated in 2008 under the French presidency of the EU, and is still implemented. It affirms the EU commitment to actively fight proliferation and presents different lines of action. This strategy guides the EU’s concrete actions against proliferation. Annual (since 2016) and six-monthly (before 2016) reports present all the actions started by the EU, their implementation progress and their final implementation.

The EU undertakes different types of actions against proliferation :

By supporting the international organisations and institutions dedicated to fight proliferation. In 2018, €20M were allocated specifically in the EU budget to non-proliferation ;

In response to the most serious proliferation crises, the EU has the instruments to adopt autonomously coercive measures against States violating their non-proliferation international obligations.

The EU members monthly gather in the Working party on Non-Proliferation (CONOP) to coordinate the EU’s action and dialogue in the non-proliferation sphere with other countries and international organisations.

Furthermore, the EU strengthens its members’ legal framework related to non-proliferation. As such, through the regulation n°428/2009 setting up a Community regime for the control of exports, transfer, brokering and transit of dual-use items, the recommendations of the different exports control regime are directly applicable in the member States legal framework.

France promoted within the EU a better account taken of proliferation financing, notably in the New lines for action against proliferation (2008). This document calls to raise awareness of the financial and banking actors, to improve cooperation between the EU’s States administrations and theses actors, to support the implementation of the financial sanctions (notably the ones emanating from the UN Security Council resolutions) and to support the works of the FATF.

More on the EU and non-proliferation