The accident which occurred at the Fukushima Daiichi plant in Japan following the earthquake and tsunami which hit the country on 11 March 2011 did not affect the medium-term growth of the nuclear power industry. The use of nuclear power remains an important option for many countries wanting to meet their growing energy needs. In this context, more than ever, nuclear safety must be an absolute priority and must guide the actions as regards the development of nuclear energy.

This confirmed interest for civilian nuclear energy is linked to :

Economic and energy reasons : today, the prospect of diminishing resources has prompted a number of countries to look to new sources of energy. Many countries have also been concerned about the security of their energy supply. Nuclear energy can help us meet this demand, by decreasing the use of fossil energies, whose reserves are currently limited, offering energy that for the most part is available, economical and respects the environment.

Environmental reasons : unlike fossil energies, nuclear energy does not produce any greenhouse gases or air pollution. It is a source of sustainable, clean and safe energy. At a time when we are striving to tackle global warming, nuclear energy is one of the solutions for fulfilling commitments made by States, including France, to reduce their CO2 emissions.

To meet this demand, the international community must make a commitment alongside the States which have chosen to use nuclear power, while limiting the risks of proliferation associated in particular with the fuel cycle and drawing on the safety lessons from the Fukushima accident.

France has fully committed to the implementation of Article IV of the NPT and to safe and responsible development of nuclear energy.

The NPT recognizes in its Article IV “the inalienable right of all the Parties to the Treaty to develop research, production and use of nuclear energy for peaceful purposes without discrimination and in conformity with Articles I and II of this Treaty.”

This does not mean we have to choose between strengthening the international non-proliferation regime and the development of civil nuclear energy. Far from being contradictory, they go hand in hand. Under the NPT itself, the exercise of the inalienable right granted to Parties under Article IV is conditional upon strict compliance of other provisions of the Treaty, especially the fulfilment of non-proliferation commitments. 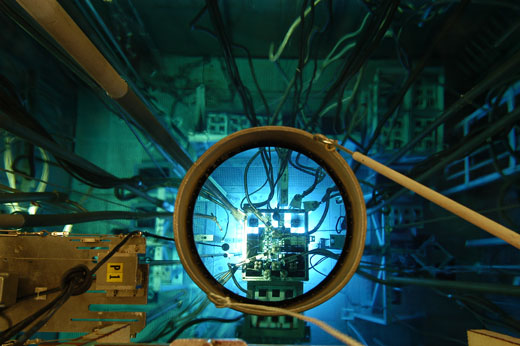