Support for the IAEA safeguards system

Strengthening the IAEA safeguards system benefits everyone : a credible and effective IAEA safeguards system is essential to ensuring a responsible development of civil nuclear energy. Any serious failure of a State to fulfil its obligations weakens mutual trust and harms the development of international co-operation in the area of peaceful uses of nuclear energy to the detriment of the great majority of States complying with their obligations in good faith.

The international community has set itself the task of ensuring the promotion of safeguards agreements and additional protocols. France has spared no effort in its support of these actions and is contributing to them actively through its diplomatic activity.

Some 18 States do not have comprehensive safeguards agreements in force ; 7 of them have not taken any steps in this connection with the IAEA.

Some 100 States have an Additional Protocol in force and 32 others have signed but not yet ratified one.

Supporting safeguards is a major element of French policy in the IAEA. France is supporting the Agency’s activities through its technical expertise and assistance in the field of verification. This can be seen through the French Support Programme for IAEA Safeguards, which was officially set up in 1982.

In order to guarantee the credibility of the IAEA’s verification activity, France seeks to ensure that the IAEA has at its disposal the human, financial and technical resources necessary to carry out the mandate entrusted to it by the international community. France also recognises the importance of ensuring adequate funding for the other priorities of the Agency, especially for those activities related to promotion and technical co-operation. 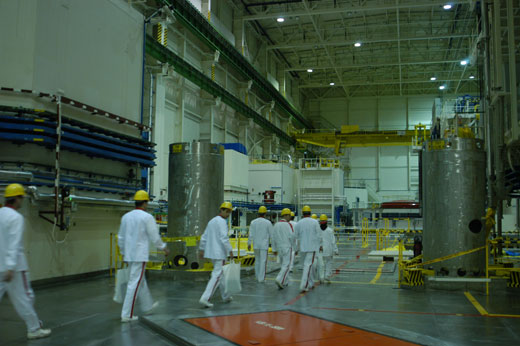 Moreover France signed an Additional Protocol to its Safeguards Agreement on 22 September 1988. This protocol came into force on 30 April 2004 at the same time as those signed by the other Member States of the European Union. The French Additional Protocol is intended to help strengthen the Agency’s capability to detect undeclared nuclear materials and activities in non-nuclear-weapon States. France is thus committed to declaring to the Agency its co-operation in this area with non-nuclear-weapon States, and to allowing it, as necessary, to verify the actual situation in the relevant nuclear facilities.

Lastly, like its European Union partners, France is subject to international controls on civil nuclear material. Two international bodies conduct these controls : the European Commission (as part of the implementation of Chapter VII of the Euratom Treaty) and the IAEA.

This national programme, officially created in 1982, comprises all technical projects and actions that help the IAEA benefit from French skills and expertise in the nuclear field and particularly the control of the entire nuclear fuel cycle (including the fabrication and reprocessing of MOX fuel).

Action to promote the universalization of safeguard agreements and additional protocols, definition of concepts for implementing safeguards in different situations, and the support of inspection and verification activities : inspector training, information analysis, satellite imagery, sample analyses, and development of equipment and measures.

Assistance in the field of safeguards includes making expert(s) available free of charge, analyses provided to IAEA, training programmes, consultants, expertise for the Agency’s needs and visits to French sites.

Coordinated by the French Atomic Energy Commission (CEA, the main French nuclear actors namely the CEA, AREVA, the French Institute for Radioprotection and Nuclear Safety (IRSN), the National Institute for Nuclear Science and Technology (INSTN) and the National Agency for Radioactive Waste Management, are involved in action conducted as part of the French Support Programme.

In 2008, France provided an estimated €1.5 million in voluntary contributions (both monetary and in kind) to the Agency as part of the French Support Programme for IAEA Safeguards.