France participates in G8 activity on the non-proliferation of weapons of mass destruction. It urges all countries to subscribe to the principles adopted at the Kananaskis Summit in June 2002, aimed at preventing terrorists, and those who harbour them, from obtaining weapons of mass destruction and related materials. France contributes to the Global Partnership against the Spread of Weapons and Materials of Mass Destruction. At the Evian Summit in June 2003, France instigated the G8 Action Plan for Securing Radioactive Sources. France also made a significant contribution to the ideas contained in the G8 Action Plan on Non-Proliferation agreed at the Sea Island Summit in June 2004. 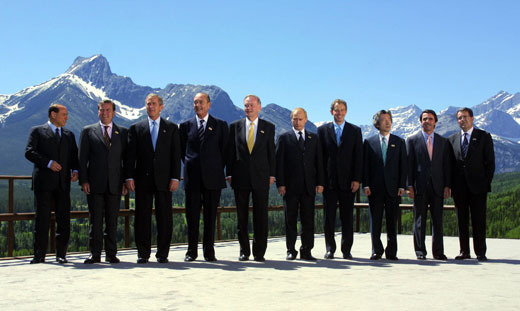 The Global Partnership against the Spread of Weapons and Materials of Mass Destruction was launched at the G8 Summit in Kananaskis in June 2002. This Partnership is intended to support cooperative projects to promote non-proliferation, disarmament, counter-terrorism and nuclear safety issues. At the present time, it is the principal and most wide-ranging non-proliferation programme.

Under the Global Partnership, G8 countries have committed to raising up to $20 billion in support of relevant programmes over the period 2002-2012. France’s contribution will be distributed in the nuclear, chemical and biological areas. The principal aim in the nuclear field is the implementation of the programme to eliminate Russian weapons-grade plutonium, in a multilateral framework, and to secure radioactive materials and sources capable of being used for terrorist purposes in Russia and Ukraine. France has also supported projects that have helped launch a fifth site for the destruction of chemical weapons out of the seven to be established in Russia. In addition, France is supporting the International Science and Technology Centre (ISTC) established in Moscow in November 1992. The Centre’s aim is to offer those scientists and engineers from the former USSR with expertise in the area of weapons of mass destruction an opportunity to turn their skills towards peaceful activities and thus avoid the dissemination of sensitive scientific knowledge.